ONE IN WHICH WE ARE
MAY 1-27 SOMARTS CULTURAL CENTER 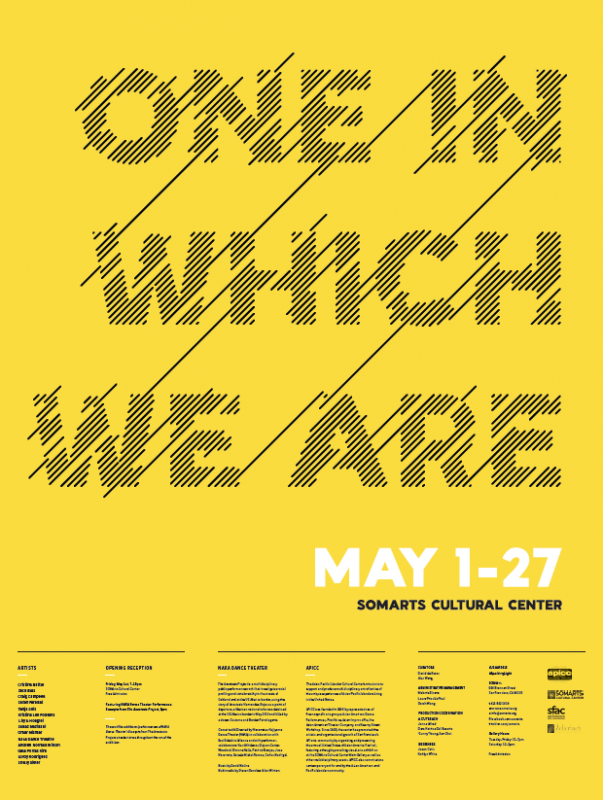 Presented by the Asian Pacific Islander Cultural Center as part of the 18th Annual United States of Asian America Festival ‘Sparking Light’, One In Which We Are is an exhibition which explores the complex interdependencies between structures, processes, events, and the collective individual.

From where and in what contexts do we construct our positionalities as individual actors? What are the contours, conditions, and structural limitations of our own lived experiences, and how are we defined by our relationships to Others? What moves us to act upon, speak back to, and alter the conditions that make us?

Though we are shaped by the world in which we live, we acknowledge that this conditioning does not determine how we will act in the world. This disconnect presents a dialectic in which we, as subjects, may transform into agents and shape that world in return. Through epistemological inquiries, the questioning of nationalistic narratives, challenges to biased assumptions, and prescriptions for citizenship in the 21st century, the artworks gathered here depart from that nebulous juncture between ‘conditions’ and ‘acts,’ reflecting upon notions of individual agency, responsibility, and solidarity within a collective framework.

The artists in One In Which We Are represent a wide array of positionalities, operating via knowledges situated by their ethnicity, gender, sexuality, ability, and class, among other markers of identity. Conceiving of identity as a site of encounter—an open archive to be reconfigured and revised—this exhibition is envisioned as a relational map of reflections and experiences from where we may interpret and embrace our daily lives. 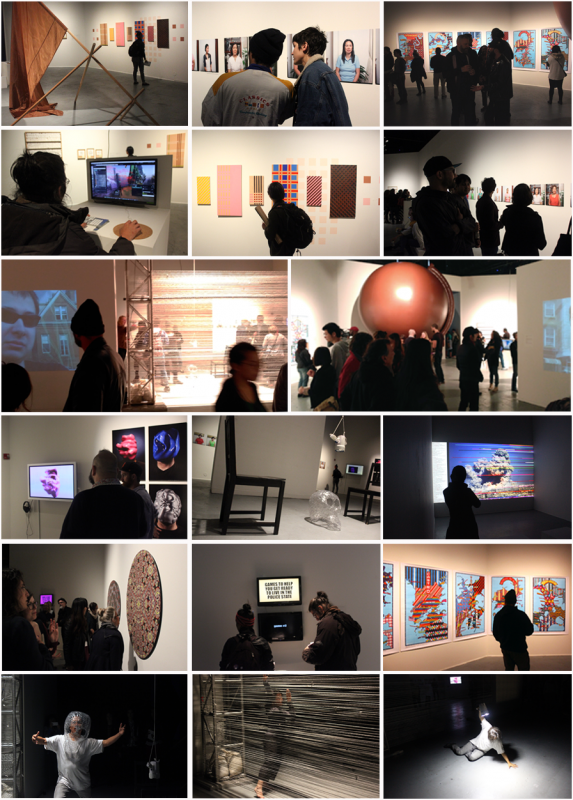